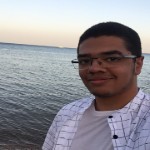 Mazen Elsheikh is a citizen of Egypt but was born in Oman. He joined Oregon State University last year. His major is Electrical Engineering and Computer Science, and he lived in Oman for 8 years. His family moved to Saudi Arabia after that, and again he spent 8 years there. Those 8 years were his favorite, where he matured and met his lifelong friends. The school he attended was a British international school, and luckily they had a yearly event called International Day, so he was able to represent his country. Overtime, Mazen became a really good swimmer, and enjoys it to this day. Now, Mazen has earned the ICSP scholarship, which he saw as a great opportunity to share his culture with another country that may know very little about Egypt. 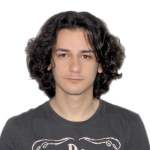 Nikoloz comes from Tbilisi - capital city of Georgia. Since Nik was born in a multicultural family he is fluent in four languages. He is majoring in Mechanical Engineering at OSU since 2017. In addition to his profession, he is also interested in theater and performing on stage. He used to perform at a theater in Georgia and was filmed in the commercial of one of the Georgian companies, although he was in the crowd, but he got the experience of shooting. Nik loves sharing Georgian culture and tell stories about the traditions of his home-region. He is happy to be part of ICSP and have so many opportunities to learn and share.

Vania Halim is a chemical engineering student from Jakarta, Indonesia. She also lived in Singapore for 9 years, so she also considers it home - her favorite comfort food is Hainanese chicken rice. Since coming to Oregon in Fall of 2017, she has learned to appreciate nature a lot more. Her main hobbies these days are taking naps, online shopping, and watching YouTube channels about tiny homes. She is very passionate about learning from other cultures as well as sharing her own. She does this through being an ICSP speaker and being involved with the Indonesian Student Association at OSU (PERMIAS OSU), which hosts cultural events to raise awareness of and educate people about Indonesian culture.

Jae transferred to OSU from Portland Community College in Fall 2017, and she is majoring in Graphic Design. She has visited Los Angeles, San Francisco, Seattle, New York, Kentucky and Chicago. Jae enjoys listening to music and traveling around. She joined ICSP because she likes to communicate and share the culture. Through ICSP, she is hoping to get a chance to meet new people and participate in many cultural events.